DeDe was born to sing. 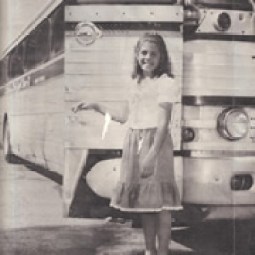 As part of a family immersed in gospel music, DeDe was surrounded by music from the moment she came into the world. Her mother, Merle Conn Longnecker, and her uncle, Charles “Uncle Buddy” Conn, formed half of the Conn Family Singers, a gospel quartet known throughout the South. Merle’s voice earned her the honor of being the first woman accepted into the Texas Gospel Music Hall of Fame. Merle introduced DeDe to the world at the Grapevine Opry where she sang “ “, her first solo before she even turned three.

While DeDe inherited much of her vocal ability from her mother, she credits Uncle Buddy with honing her musical knowledge and vocal skills. Throughout her childhood, he would sit at the piano for hours with DeDe and her brother drilling them on their vocal skills and musical theory. 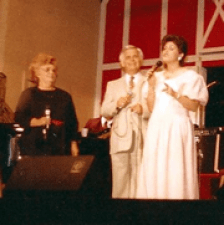 As she grew, DeDe put her talent and skill into practice by joining her mother and uncle on stage at gospel music singings across the southwest. Evan as a teenage girl, audiences were amazed by the rich, soulful sound of her voice.

About the time DeDe turned 18, she recognized that God was calling her to use her voice in a different way than her mother and uncle had used theirs. At that point, she began to develop a more contemporary style and began singing on her own in churches, at conferences and on television programs around the country.

DeDe signed her first record deal with Dove Records at the age of 18. She became a regularly featured vocalist on the Trinity Broadcasting Network, the world’s largest Christian television network, and on the Daystar Network, another Christian network. On a weekly basis, millions of people heard DeDe’s voice for the first time. In her mid-20s DeDe signed her second record deal with Two Hats Studios. 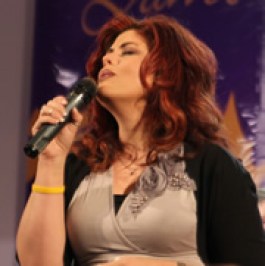 During this time, DeDe also contracted to sing at corporate functions, weddings and private parties. Her gospel roots and newer contemporary style translated well to singing any genre from country to rock to R&B. Her versatility has also made her popular as a session singer for recording studios developing recording projects and demos.

After more than a decade singing on television and touring around the country, DeDe felt God calling her life in yet a different direction. She accepted a position as director of worship arts at a church in Arlington, Texas. This new role gave DeDe the opportunity to share her faith in an in-depth and personal way she had never been able to on the road. In January of 2014 God moved DeDe to a new church in Ft. Worth, Texas where she is the Director of Music and Worship.

During this period of her life, DeDe joined a group of talented musicians and friends to create OneWill, a new experience in praise and worship. DeDe and OneWill were featured on ABC Television’s “PrimeTime Live” as part of a story involving a memorial tribute concert for a young woman whose life was tragically taken.

Throughout her career, DeDe’s goal has been to use her voice to inspire and uplift everyone who hears her. She continues to listen for God’s guidance in her life and looks forward to new ways to use her voice